I recently turned 50, and a couple of nights after my birthday, I tried to do something with my Orion StarBlast 4.5″ telescope and I had trouble with it. The RA setting circle just doesn’t work at all. I tried fixing it, but despite my best efforts I was unable to get it to work. So there I was sitting at my computer after a couple of hours of frustration, and I was looking at the Orion website at new mounts when suddenly it occurred to me:

One trip to Land, Sea, and Sky later … 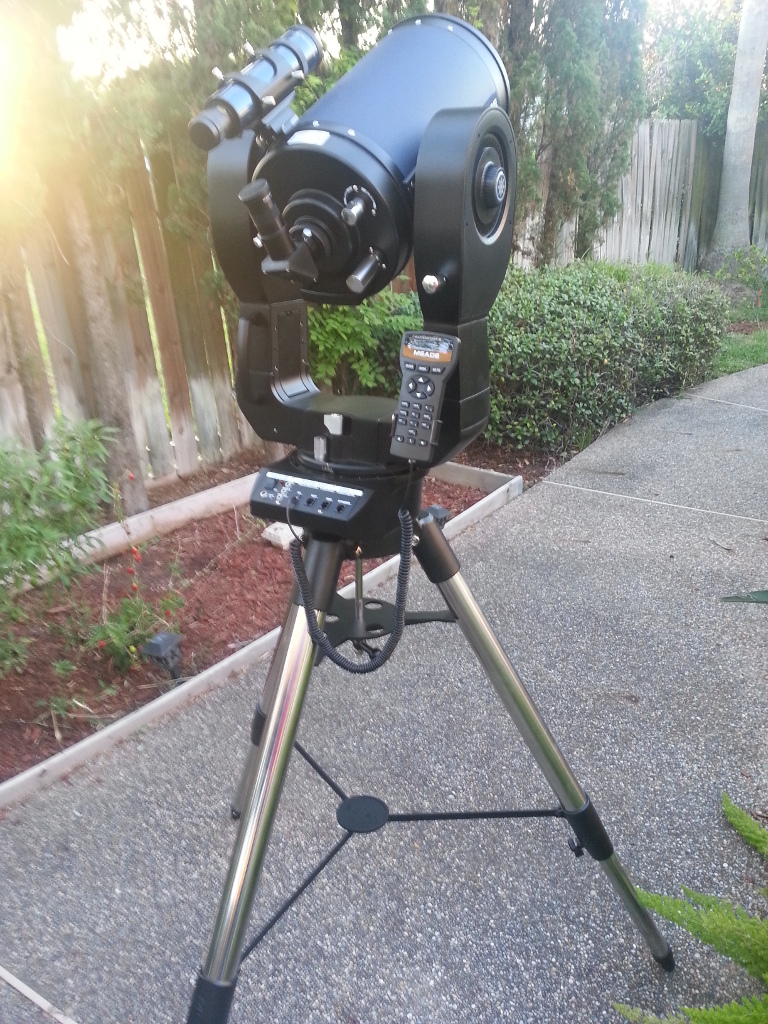 Behold! The Meade 8″ LX200-ACF Schmidt-Cassegrain telescope! Isn’t it beautiful? The GoTo controller has 142,000 objects preprogrammed so that once it is set up you can simply tell it to go to a specific object and the telescope will automatically point itself in the right direction. The first night I tried this I was gobsmacked by what I saw! I live in heavily light polluted skies, so “star hopping” from a known star to your destination is not an option since you can’t see the other stars along the way, and since my old scope’s setting circles didn’t work I could not even dial in the coordinates. But with the LX-200 I simply told the computer to take me on a guided tour of the nights best objects and it did so like a champ!

I saw a couple of globular clusters, open clusters, planetary nebula (including the Dumbell Nebula, which shows it’s distinctive shape in this scope), and Jupiter and Saturn, which were both high in the sky that night, and both just after opposition. The planets were particularly impressive, since I had some short focal length eyepeices I could use for high magification. I saw the Great Red Spot and the Cassini Division with my own eyes for the first time ever!

I am a happy little mid-life crisis nerd!

I also got a nice – and expensive! – TeleVue 41mm Panoptic eyepiece for wide field views, but alas, I am still waiting on an adapter to let me use it. Here it is next to my previous largest eyepiece. The TeleVue is a monster! 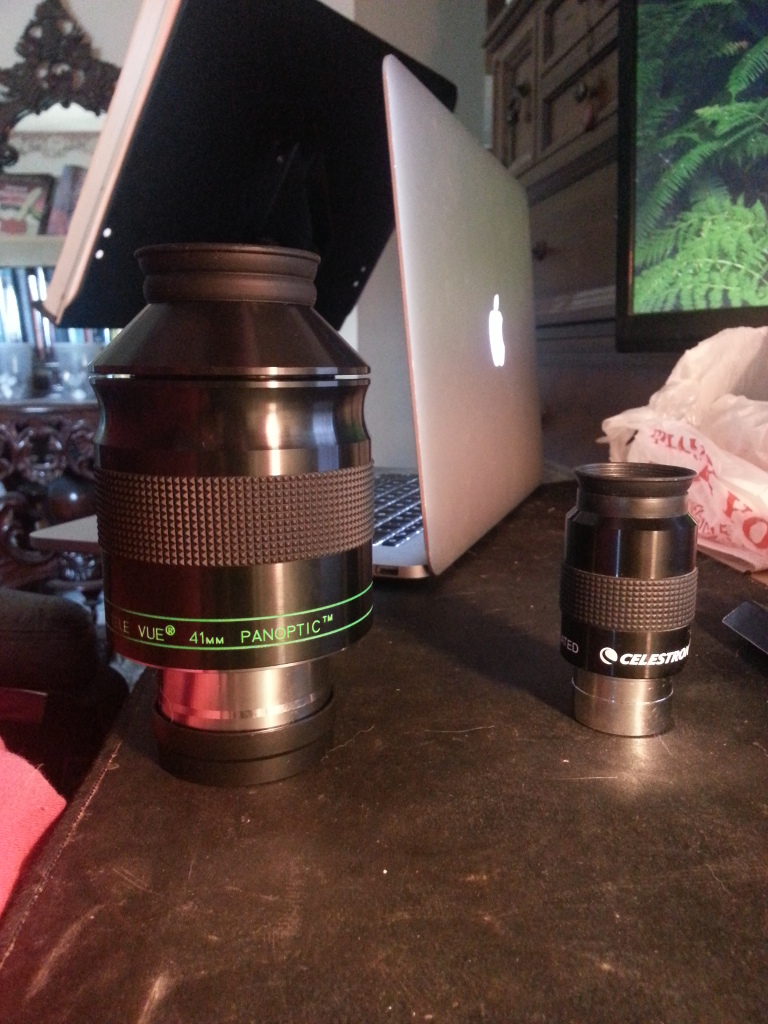