Last July I bought a nice new telescope – an 8 inch  Meade LX-200 – but since then I’ve only really tinkered with it visually.  Tonight was a clear night, and I’ve been meaning for months to observe M42, so I set up the scope on the deck in the back yard and took a gaze.

It was beautiful!  I’d never seen so much detail before, and for the first time ever I saw all four stars of the Trapezium.  And then I thought, what the heck, I’ll take a photo of it.  It ought to at least be better than my previous photos.

So I attached my Canon 50D at prime focus, got the focus as good as I could get it, experimented with exposure times a little and settled on 5 second exposures.  I took 25 of them.  And I took 5 black frames as well because I knew I would need them for the Deep Sky Syacker image processing program I’d tinkered with a while back.

So after packing up, I downloaded the images from my camera and set Deep Sky Stacker to work.  I’ve never tried this before and I really don’t know what I’m doing, but as I played with the image I began to see amazing detail.  Behold, my first crude attempt at image processing. 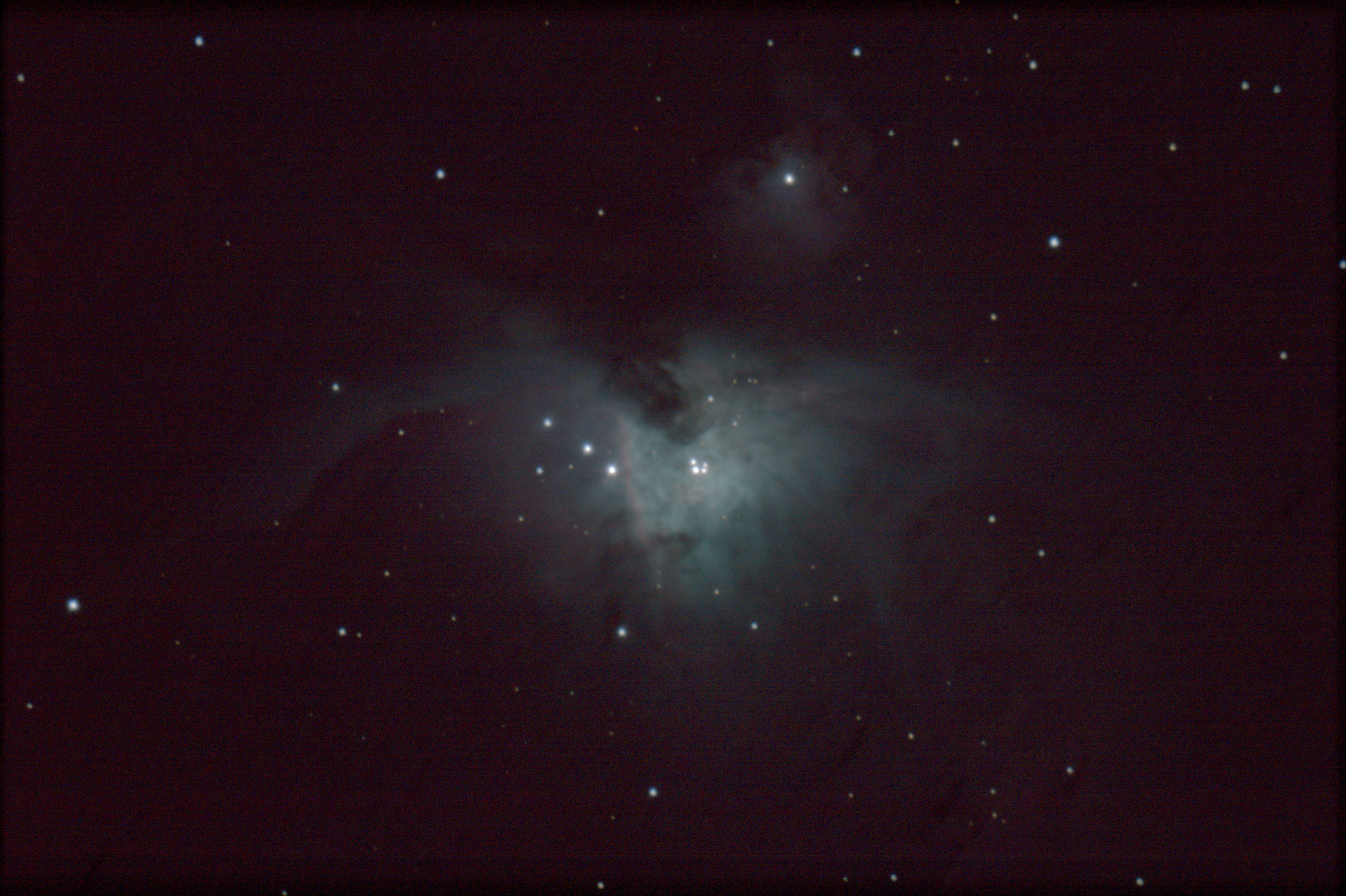 Holy Haleakala!  (As the Bad Astronomer would say.)

Compare this to my previous best photo taken with a 500mm lens. 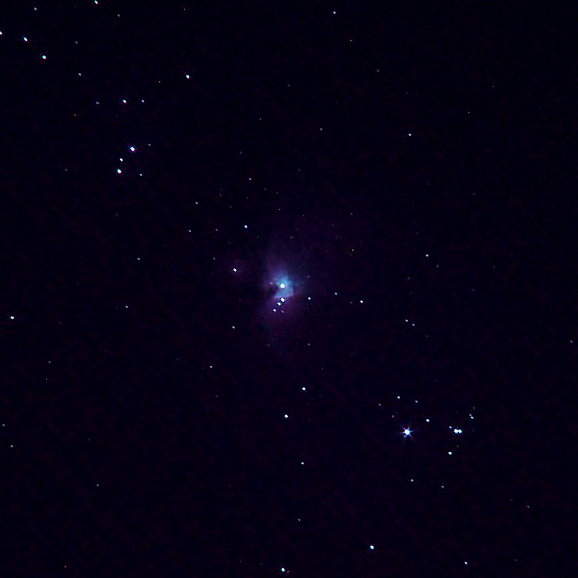 I had no idea my little off the cuff attempt at astrophotography could produce such an amazing result with so little effort!  To quote Casablanca, “Louis, I think this is the beginning of a beautiful friendship.”