So earlier this month I took a nice photo of M42, but it was an off the cuff event that I really didn’t plan out.  Last night I made a second attempt and I was prepared this time.  I bought a Bahtinov mask to help me get sharp focus, I took proper dark frames and flat frames, I tinkered with the ISO and exposure length to try and get sharper stars, and I took a lot more light frames so that I could build up a greater total exposure time.  I expected to get an image that showed a lot more detail and color.  The result?  Well, see for yourself. 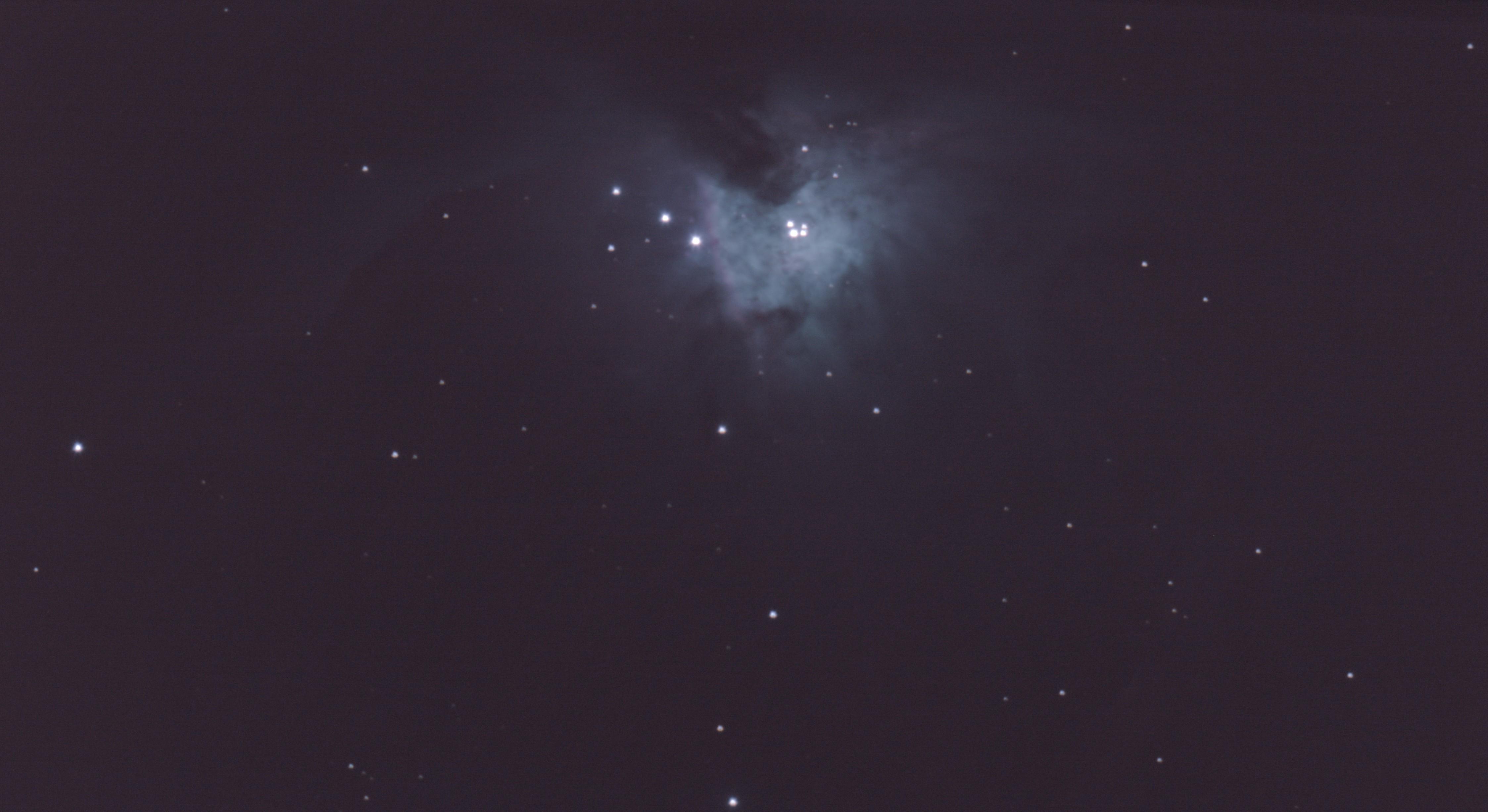 Huh. It really doesn’t look that much different, does it?  Turns out I was working under a misunderstanding.  I thought that the combined exposure time of all images used determined how much detail would be visible.  Turns out, that’s not the case.  Instead, the exposure of a single frame determines how much detail there is, so if you want to see fainter details you have to do longer exposures, just like in the old days of film. So what does adding more light frames get you?  After reading up some more to figure out where I went wrong I found out that more frames just improves the signal to noise ratio in the final image.  In other words, the final image is cleaner.  Compare the new and old images and you will see that the old image shows a lot of “grain” while the new image is much smoother.  So the new image did improve in that way, at least!

Also, adding in the darks and flats got rid of the artifacts from dust on the sensor that show up as dark blotches in the old image, so there’s another improvement!

Where do I go from here?  The next attempt will be using longer exposure times.  Perhaps I’ll go up to a minute per frame.  My reading tonight also tells me that I need to be taking more dark and flat frames, as well as bias frames, so I’ll be sure to do that in my next session.

I have also ordered an equatorial wedge so that my telescope won’t have to operate in alt-az mode.  I had always heard this was preferred, but I didn’t realize why until last night when I realized that the sky was rotating, while my telescope was not, which means that the orientation of the stars in the images changed as the series of photos progressed.  Deep Sky Stacker is capable of adjusting for that, but in the raw stacked image you can see the result around the edges of the stacked image – they show a series of rotating lines where the edges of each individual frame are.  Once I get the wedge delivered I won’t have to worry about that anymore.